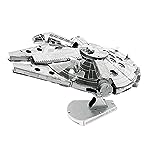 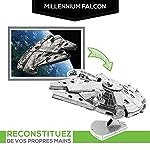 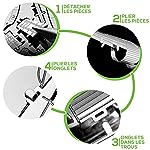 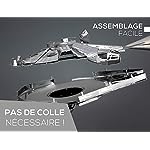 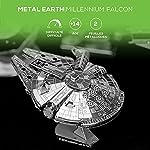 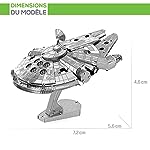 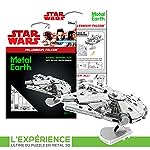 Product prices and availability are accurate as of the date/time indicated and are subject to change. Any price and availability information displayed on [relevant Amazon Site(s), as applicable] at the time of purchase will apply to the purchase of this product.

Traveling through hyperspace ain’t like dusting crops, boy!  Before Han Solo won it in a game of chance, the Millennium Falcon was owned by Lando Calrissian. Despite its humble origins and deceptively well-used exterior, the Millennium Falcon has been a part some of the  greatest victories over the Empire by the Rebel Alliance.  Solo and first mate Chewbacca flew the Millennium Falcon into cinematic history, and now it’s your turn to build your own model of  this  legendary starship!